If you are trying to think of a thoughtful, handmade Father’s Day gift idea that the dads in your life will like love, I might have something to help… a free printable man cave poster:

After you download the file, load a piece of cardstock in your color printer and print the poster. After it’s printed, trim off the excess paper and frame it using an 8×10 frame. It’s then ready to wrap and give. Easy peasy!

Just so you know, it has already been approved by the Hubs. And yes, he does have a man cave, which is located in our garage. He hangs out there with his computer, the riding mower, and last but not least, Ms. Kitty (meow).

As for “the rules” in the Hubs’ man cave, I don’t really know what they are, other than the first rule: “No Naggy Moms Allowed”. That’s really the only rule that I need to know. I believe that he also has a few rules for Ms. Kitty, but she listens about as well as I do (which means not very well at all).

Anyway, getting back to the gift, after I made this printable, I gave the Hubs a sneak peek. And guess what, he l-o-v-e-d it! He wanted to hang it up right then. Of course, I told him that he would have to wait until Father’s Day.

But I’m a sucker. I will probably give it to him as soon as I hit “Publish” on this post. Sigh, that means the kiddos and I will still need to come up with another gift idea for him for Father’s Day. It’s okay, really. I have already started a pinboard just for the occasion…

Hmm, I just had another idea – I wonder if he would also like to have breakfast in bed that day. I think he would. Now, how am I going to get the Teenage Thing and Little Monster up early that day to help make it? Well, I have a little time to think about it.

What do you think of the printable? Do you have any other handmade Father’s Day gift ideas that you would like to share? 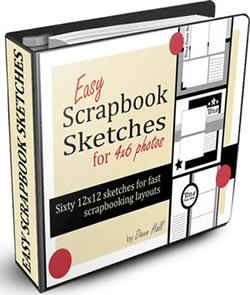